Average to Excellent: How to Meet the Needs of Your High Performing Patients

A recent study found the effectiveness of deer antler to help with fatigue in mice may be caused by alterations in the expression of genes related to ...

L-Theanine Assists the Transition From Waking to Sleeping 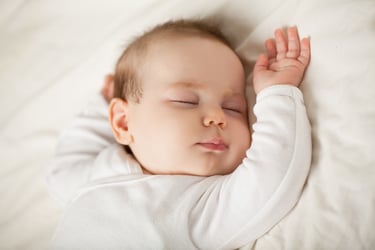 The physiological process of falling asleep does not happen “in a moment.” It is a gradual transition that involves moving from an alert mental state, characterized by beta brain waves, to a relaxed one, signified by alpha brain waves, until finally entering the theta waves of light sleep. Several human clinical studies have shown that the amino acid L-theanine helps the brain make the switch from anxious beta to calming alpha.

In one study, eight volunteers were ranked as either highest-anxiety (4) or lowest-anxiety (4). Over the course of two months, researchers gave each study participant several preparations — water, 50 mg L-theanine dissolved in water, or 200 mg L-theanine dissolved in water — and then measured their brain waves for 60 minutes. Within 40 minutes of taking either of the L-theanine preparations, alpha brain waves were generated on the occipital and parietal regions of the brain surface.

A previous study yielded similar findings and additionally found that L-theanine created more alpha brain waves in the high-anxiety participants than the low-anxiety ones. This indicates that L-theanine does not cause over-relaxation; it also works hardest for those who need it most.

L-theanine is an amino acid found naturally occurring in green tea and is known for its anxiolytic effects. These studies further elucidate that L-theanine induces alpha brainwave activity, necessary to transition into a relaxed and sleepy state.

Recent research showed that the activation of neurons in the hypothalamus during rapid-eye-movement (REM) sleep helps re...

END_OF_DOCUMENT_TOKEN_TO_BE_REPLACED

Perpetrator of Sleep Deprivation in Teens

END_OF_DOCUMENT_TOKEN_TO_BE_REPLACED

DHA Pathway to the Brain