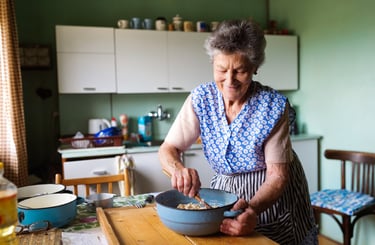 For the first time, a study has associated high polyphenol consumption with a 30% reduction in mortality in older adults using a novel urinary biomarker for polyphenol intake.

Up until this recent research, polyphenols have been shown to play a potentially major role in the maintenance of health, and that diets rich in fruit and vegetables lower the risk of overall mortality. Epidemiological studies suggest that flavonoid intake may be beneficial for cardiovascular health, neurologic function, and other important health concerns. However, they have been evaluated using self-reported questionnaires, which are both inaccurate and unreliable because they are based on participants’ memory.

This study used a promising alternative - total urinary polyphenol concentration - and compared that biomarker with total dietary polyphenol intake to determine the differences. It also looked at all-cause mortality over a 12-year period among an older adult population of 807 men and women over 65.

The results showed that overall mortality was reduced by 30% in the people with polyphenol-rich diets (>650 mg/day) in comparison with those who had low-polyphenol intake (<500 mg/day) when total urinary polyphenol concentration was used as the biomarker. Yet when total dietary polyphenol levels were used, which are based on people’s memory of their consumption, no difference in mortality was observed. This research highlights the importance of using more accurate nutritional biomarkers to understand the potentially significant benefits of polyphenols with regard to longevity.