Results from a large trial of older adults in the U.S. were recently published in BMJ, detailing the outcome of a 5-year study evaluating the use of s... 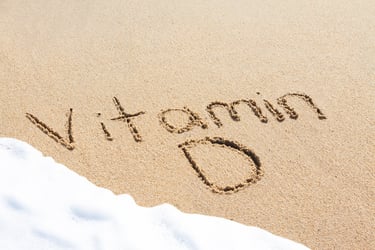 In a recent meta-analysis of 9 cohort studies that included a total of nearly 3,000 participants, the relationship between 25-OH vitamin D (25-OHD) plasma levels and statin-associated myopathy was examined, as well as the effect of vitamin D supplementation on statin intolerance. Given that 10-25% of statin users report muscle-associated symptoms, and that over 60% of those that stopped statin therapy did so because of side effects, any benefit to raising vitamin D levels could be very clinically significant.

Although this meta-analysis was not designed to determine causality, several mechanisms were suggested, related to the role of cholesterol in vitamin D biosynthesis, as well as the physiological effects of vitamin D on skeletal muscle and/or the influence of vitamin D on statin metabolism. Regardless of the mechanism, this suggests that a determination of 25-OHD status before beginning statin therapy should be considered, and that supplementation is very likely to help with statin tolerance in those with insufficient vitamin D status and statin intolerance.

Results from a large trial of older adults in the U.S. were recently published in BMJ, detailing the outcome of a 5-year...

END_OF_DOCUMENT_TOKEN_TO_BE_REPLACED

Another dataset from the ongoing MAVIDOS trial (Maternal Vitamin D Osteoporosis Study) was recently published, this one ...