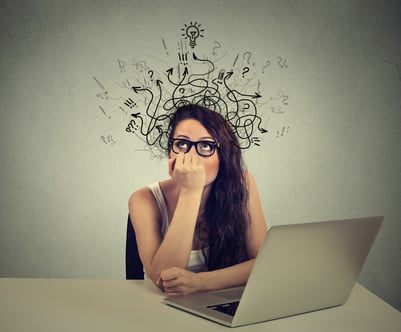 According to the Diagnostic and Statistical Manual IV, the presence of six or more of a list of symptoms, including inattention and/or hyperactivity/impulsivity for at least six months (with onset prior to seven years of age), and with symptoms being more severe than that of peers at a similar developmental age, defines ADHD.  The Diagnostic and Statistical Manual V broadened this diagnosis, by indicating that symptoms only had to be present prior to 12 years of age, thus “opening the diagnosis to adolescents and adults, and requiring only five or more symptoms of inattention or hyperactivity/impulsivity to be present for diagnosis.”

Currently, it “requires impairment in only one setting, and adds mild, moderate, and severe categories based on degree of dysfunction, as well as specifying three subtypes: predominantly inattentive, predominantly hyperactive-impulsive, and combined.”  Stimulant medications are believed to function primarily “by affecting dopamine metabolism in the central nervous system and not because they are stimulants.” Dietary changes and nutrient therapies, such as hypoallergenic diets and omega 3 fatty acids, also play an important role in helping many people with ADHD.[1],[2]

Ginkgo biloba (ginkgo) has been considered “safe for patients with ADHD”, as evidenced by a number of studies, “including a trial that found that 240 mg of the extract daily led to modest improvements in 20 children with ADHD.”[3]  It was also noted that “Ginkgo extract significantly improved the parental and teacher ratings of attention compared to placebo,” at a dose of 80–120 mg/day.[4]

“Nervines”, plants that benefit the nervous system, are sometimes used for their anxiolytic and sleep-enhancing effects. Although they stimulate a calm and overall relaxation response, they are not always effective. A small case series suggested that Hypericum perforatum (St. John’s wort) leaf and flower might help teen boys with ADHD.[5]

“However, a randomized, double-blind trial failed to find any benefit from St. John’s wort extract compared to placebo in 54 children with ADHD.”[6]

“Passiflora incarnata (passionflower) leaf is an additional nervine that demonstrated a positive response in the one trial assessing its effects in ADHD.”  In one double-blind trial, tablets providing 0.4 mg/ kg/day (in two divided doses) of passionflower were compared to a commonly prescribed drug in 34 children with ADHD.[7] Both led to equal effectiveness, but passionflower did not cause appetite suppression or anxiety. Also, no contraindications with these herbs were found with commonly used medications.

[1] Pelsser LM, Frankena K, Toorman J, Rodrigues Pereira R. Diet and ADHD, reviewing the evidence: A systematic review of meta-analyses of double-blind placebo-controlled trials evaluating the efficacy of diet interventions on the behavior of children with ADHD. PLoS One. 2017;12:e0169277.