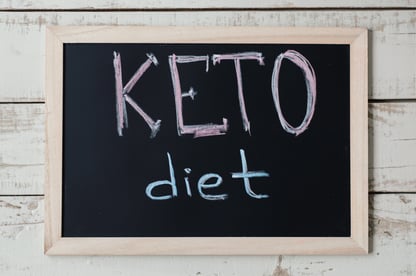 The high-fat, low carbohydrate ketogenic diet is gaining popularity among the mainstream health enthusiasts, but has always been the go-to diet for children with epilepsy for its anti-seizure effects. A recent study by UCLA scientists published in the journal Cell, recently pinpointed a causal link between seizure susceptibility and gut bacteria.

Next, they identified specific bacteria that increased with the ketogenic diet, and found two types that played a key role: Akkermansia and Parabacteroides species. In determining the mechanisms underlying their neuroprotective role, they found that enriching diets with both species of bacteria reduced systemic gamma-glutamylated amino acid and increased hippocampal GABA/glutamate levels. “Bacterial cross-feeding decreased gamma-glutamyltranspeptidase activity and inhibited gamma-glutamylation,” promoting seizure protection in vivo.

In summary, this study confirms that the gut microbiota, altered by the ketogenic diet, influences the host metabolism and, therefore, seizure susceptibility.