B12 Deficiency Associated With Autism, Schizophrenia and Aging! 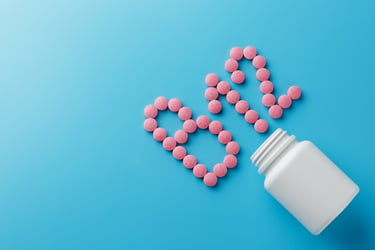 Researchers from Northeastern, Harvard, Nova Southeastern and Boston Universities discovered that vitamin B12 levels in the brain are much lower in those with autism or schizophrenia compared to their peers at similar ages, and the elderly. Researchers measured levels of cobalamin in postmortem human frontal cortex samples from 19 weeks fetal development through age 80 among 12 individuals with autism, 9 with schizophrenia, and 43 controls. Total cobalamin was significantly lower in controls older than 60, indicating a more that 10-fold age-dependent decline in methylcobalamin levels. Methylcobalamin and adenosylcobalamin levels were more that 3-fold lower in those with autism or schizophrenia, compared with controls. Lower methylcobalamin was associated with decreased methionine synthase activity and increased levels of substrate homocysteine in those with autism. The findings are particularly significant because the differences found in brain B12 with aging, autism and schizophrenia are not seen in the blood, where B12 levels are usually measured.  Researchers concluded that B12 levels, especially methylcobalamin, in human frontal cortex decrease with age, which plays a crucial role in regulating all methylation reactions, including those providing epigenetic regulation of gene expression. The vitamin deficits in autistic and schizophrenic subjects suggests that impaired methylation may be a critical pathological component of these brain disorders, as well as other neurological and neuropsychiatric conditions.