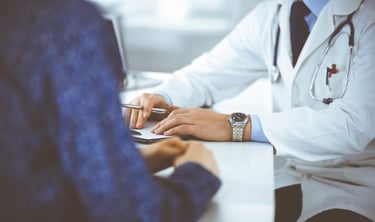 A recent case report of ketoacidosis in an individual taking a sodium-glucose cotransporter-2 inhibitor (SGLT2i) medication while following a ketogenic diet highlights the possibility for developing ketoacidosis when these two therapies are combined. As explained in a previous article, nutritional ketosis induced via a very low carbohydrate intake is different from diabetic ketoacidosis. However, practitioners should be aware of the dangers of introducing an SGLT2i in someone following a ketogenic diet, or of encouraging adoption of a keto diet in someone taking an SGLT2i if the medication is not deprescribed.

The situation detailed in Clinical Medicine Insights: Case Reports involved a 58-year-old male with hypertension and non-insulin dependent type 2 diabetes. He presented to the hospital after two days of generalized weakness, fatigue, confusion and slurred speech. His blood glucose was 373 mg/dL and blood beta-hydroxybutyrate (BOHB) level concentration was 9.8 mmol/L. (The normal range for the latter in an individual not following a ketogenic diet is approximately 0.0-0.3 mmol/L. A ketogenic diet typically results in BOHB levels < 5.0 mmol/L and even an extended fast would typically not result in BOHB > 7.0 mmol/L.) Various other measurements confirmed acidemia and diabetic ketoacidosis (DKA).

It's important to emphasize that ketogenic diets, by themselves, do not induce ketoacidosis, and there have been numerous reports of ketoacidosis in patients using SGLT2i medications not in conjunction with low-carb or keto diets, so this risk is not limited solely to those following such diets. Something else to be aware of is that it may present as euglycemic ketoacidosis, so the signs and symptoms of DKA may be present even glucose is normal or only slightly elevated, which could delay diagnosis.

It is not a ketogenic diet, by itself, that induces acidosis, but rather, use of SGLT2i medication in conjunction with carbohydrate restriction. (See examples here and here.) It’s not known for certain what the mechanism is by which these drugs induce ketoacidosis, but it may be that they cause the kidneys to reabsorb ketone bodies, and they also increase glucagon secretion while decreasing insulin secretion, which would stimulate breaking down fat and raising ketones. (And again, there have been reports of DKA induced by SGLT2is in patients not following low-carb diets.)

The patient in this recent case report “was educated on the importance of avoiding a ketogenic diet and intermittent fasting while on an SGLT-2 inhibitor.” However, considering the impressive efficacy of carbohydrate restriction on improving or even reversing type 2 diabetes, for some patients it may be prudent to take the opposite approach: “prescribe” a very low-carb diet and avoid the medication. Indeed, physicians who employ low-carb or ketogenic diets for patients with type 2 diabetes typically discontinue or deprescribe SGLT2is “early on” or “immediately” upon adoption of such dietary therapy in order to prevent ketoacidosis.