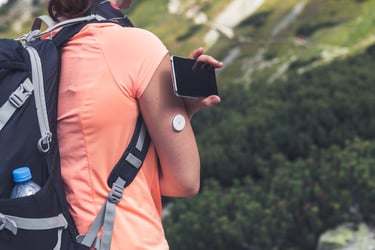 The use of continuous glucose monitoring (CGM) among people with insulin-dependent diabetes has gained wider acceptance, as it has shown benefit in controlling glucose even among those receiving only basal insulin. However, CGM use among non-insulin dependent diabetics, and especially among those with prediabetes or even healthy adults, is not well-established.

In the Sugar Challenge Study, a recent observational study with 665 participants, the use of CGM combined with a mobile app (Sugar AI) providing feedback was evaluated over a 10-day period. A broad range of participants was enrolled, ranging from non-insulin diabetics to normoglycemic individuals over a broad demographic. The primary outcome was the time in range (TIR), defined as a blood glucose of 54-140 mg/dL (54-180 mg/dL for diabetics).

Significant improvement in TIR was found for the entire study population, with the greatest benefit among those with a suboptimal baseline TIR. Surprisingly, those without a previous diagnosis of diabetes had the greatest improvement.

This study, although very short term and without a control group, is an important one, highlighting both the potential benefit of providing immediate and personalized feedback for blood sugar control among both normoglycemic and diabetic individuals, but also the frequency at which glucose dysregulation occurs even among those without diabetes.