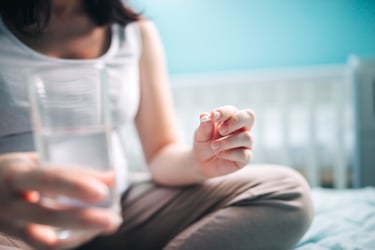 In a recent randomized and double-blinded placebo-controlled clinical trial, the effects of folic acid, DHA, and their combined use were evaluated among 160 older adults with mild cognitive impairment. Plasma levels of amyloid-β (Aβ) peptide biomarkers as well as cognitive function were assessed at 6 months, after which all interventions were discontinued, and cognitive function tests were repeated at 12 months.

Participants were given either 0.8 mg folic acid or 800mg DHA per day, placebo, or both supplements, and a revised version of the Wechsler Adult Intelligence Scale (WAIS-RC) was used to assess cognitive function. Several components of the WAIS-RC improved with both nutrients when used alone compared to placebo (e.g., full-scale intelligence quotient), while their combined use showed the largest improvements in several parameters (including arithmetic, block design, and picture arrangement), suggesting complementary action. Additionally, improvements in one-carbon metabolism (e.g., S-adenosylmethionine and homocysteine), as well as reductions in Aβ42 and Aβ40 (which increased in the placebo group) suggest possible further protection against dementia risk.

The cognitive assessment done at 12 months, however, found essentially a return to baseline, suggesting that longer term supplementation may be necessary to achieve the outcomes observed after 6 months. This study provides additional evidence for the role of omega-3 fatty acids and folate in maintaining healthy cognitive aging, and lends support to a previous retrospective analysis which found B vitamins prevented brain atrophy only in participants with high omega-3 fatty acid levels.

END_OF_DOCUMENT_TOKEN_TO_BE_REPLACED

A Recent Study Highlights Importance of DHA in Lung Health