A most endearing part of our Thanksgiving tradition is reflecting on what we are grateful for. Previous research has revealed that gratitude is direct...

Microbiota Affect Your Nervous System Via a Gut-Brain Circuit 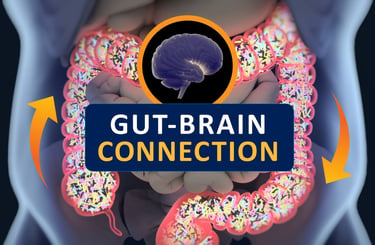 Researchers published in the journal Nature analyzed the gut-brain connection in mice and found that there is evidence of sympathetic nervous system activation outside of the gut and that it is controlled by microbiota via a gut-brain circuit.

We know that connections exist between the gut and the brain. Previous studies have also shown that these connections regulate physiologic intestinal functions like nutrient absorption and motility, as well as brain-led feeding behavior. Until now, the theory behind the relationship has been explained by circuits that detect gut microorganisms and relay the information to the central nervous system so they can regulate gut physiology.

However, this study used models of gnotobiotic mice, which have atypically weak immune systems, and combined them with transcriptomics, circuit-tracing methods and functional manipulations. Transcriptomics is the analysis of gene expression under specific conditions. Circuit-tracing methods are technical techniques that can identify the connectivity of specific neurons in the nervous system. Functional manipulations are a way of testing hypotheses using functional assessments to determine the relationship between variables or events. In this case, they included chemogenetic manipulations, which involve the introduction of genetically engineered receptors or ion channels into specific brain areas.

The scientists found that the gut microbiome modulates sympathetic neurons outside of the gut. Their results showed that microbiota depletion leads to increased expression of the neuronal transcription factor cFos, which denotes the transmission of stimuli within a neuron or between neurons. Conversely, the colonization of germ-free mice with bacteria that produce short-chain fatty acids suppresses the expression of cFos in the gut sympathetic ganglia. Using tracing, they identified a subset of distal intestine-projecting vagal neurons positioned to play a role in microbiota-controlled modulation of gut sympathetic neurons. Further tracing from the intestinal wall showed brainstem sensory nuclei that are activated during microbial depletion, as well as more sympathetic neurons running from the central nervous system that regulate gastrointestinal transit.

END_OF_DOCUMENT_TOKEN_TO_BE_REPLACED

A study on the time and effort people put into finding out about nutrition and seeking out nutritious food, and their di...

END_OF_DOCUMENT_TOKEN_TO_BE_REPLACED

Gut Microbiota and the Neuroendocrine System

The gut-brain axis is undeniable, but specific mechanisms of influence continue to be investigated. Specifically, the gu...