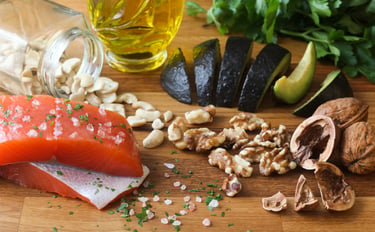 A recent study has shown that a green Mediterranean (green-MED) diet, high in polyphenols and low in red and processed meat, seems to slow age-related brain atrophy, and may provide a simple, safe avenue to slower age-related neurodegeneration.

Neurodegeneration is the progressive deterioration of neuronal structures and functions, often leading to cognitive disability and dementia.

Previously, the effect of diet on age-related brain atrophy remained unexplored. Modifiable lifestyle factors were among the candidate therapeutics that were particularly well-poised to help mitigate age-related disorders. Earlier research strongly suggested that the maintenance of adequate levels of physical activity, engagement in cognitive stimulation, and optimization of nutritional intake could increase neural plasticity and resilience of the brain. However, finding an effective regimen for age-related cognitive decline represented an unmet goal.

In addition, all three groups participated in physical activity programs based on aerobic exercise.

The researchers discovered a significant attenuation in brain atrophy over the 18 months in those who adhered to both Mediterranean diets; with greater magnitude in the green-MED group, specifically among participants over the age of 50. In addition, the researchers noticed that an improvement in insulin sensitivity was independently associated with attenuated brain atrophy.

The beneficial association between the green-MED diet and age-related neurodegeneration might be partially explained by the abundance of polyphenols in plant-based food sources which have antioxidant and anti-inflammatory metabolites. Polyphenols can cross the blood-brain barrier, support healthy neuro-inflammatory pathways and help with cell proliferation and adult-onset neurogenesis in the hippocampus.

This research echoes the results of simultaneous research that showed that a diet rich in plant-based products supports healthy cognition in the elderly, though this study specifically identifies the benefits of polyphenols in the plants as being the most important component.