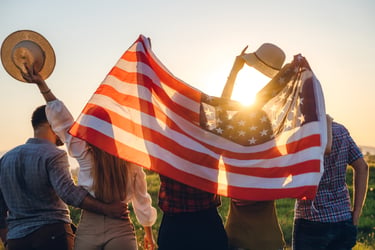 A case report from the University of Florida College of Medicine’s Department of Medicine has unveiled an unusual potential connection between fatigue and low blood vitamin D levels.

Fatigue is a common complaint, but it is poorly characterized by both doctors and their patients. It can be caused by various different health problems, but at this time, a comprehensive approach to patients with fatigue doesn’t include a routine check of their vitamin D levels, despite evidence from trials confirming the improvement of fatigue-related symptoms in healthy people with low blood vitamin D levels.

Thanks to a new case report from the University of Florida College of Medicine, a 61-year-old man was evaluated for daytime fatigue. He wasn’t experiencing depression, sleep apnea, or narcolepsy, and thyroid function and testosterone level checks showed no abnormalities. However, the man’s blood levels of vitamin D, serum 25-hydroxyvitamin D level was low, at 18.4 ng/mL. After receiving vitamin D supplementation after 3 and 12 months, the patient’s vitamin D levels were in the optimal range, and he reported that the daytime fatigue had completely resolved itself.

The authors suggest that the results of this case could be put down to the effects of vitamin D on components of inflammatory cascades, such as tumor necrosis factor-alpha and prostaglandin D2, which can result in decreased central nervous system homeostatic sleep pressure. More research is needed to determine if people who have fatigue should be routinely screened for vitamin D deficiency.

Recent research has shown that a mother’s vitamin D levels during pregnancy are positively associated with their offspri...

END_OF_DOCUMENT_TOKEN_TO_BE_REPLACED

Review: The Role of Vitamin D and Lipoprotein Receptor-Related Protein in Amyloid Clearance and Brain Health

A review on the relationship between vitamin D and low-density lipoprotein receptor-related protein (LRP-1) has revealed...

END_OF_DOCUMENT_TOKEN_TO_BE_REPLACED

Vitamin D and the Brain

We have long known the connection between vitamin D and mental health, however, new research may have found that the rea...