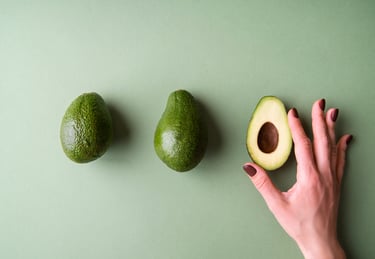 Recent research on the impact of avocados on microbes in the gastrointestinal tract of people with overweight and obesity has shown positive results.

Previous research on avocados, which are high in dietary fiber and monounsaturated fat, has suggested that they help people to feel full and also support healthy blood cholesterol concentration. But they have never been tested thoroughly for their gut health benefits. While connections between overweight and an altered gut microbiome are obvious in the literature, conflicting findings have been identified regarding obesity-related differences in the microbiota and the microbial and metabolic responses to diet in individuals who are overweight or obese. Though short-chain fatty acids are commonly considered beneficial for metabolic health, concentrations of these metabolites are often increased in those with overweight and obesity.

This recent study focused on how this fatty fruit influences gut microbes and the metabolites the microbes produce, which can influence health. It included 163 adults between the ages of 25 and 45 who were overweight or obese, but who were otherwise healthy. They received one meal per day to eat as a replacement for either breakfast, lunch or dinner. One group was given an avocado with each meal, while the control group was given a similar meal without avocado. The participants provided blood, fecal and urine samples during the 12-week trial. They also reported how much of the meals they consumed and recorded everything they ate every four weeks. They weren’t advised to restrict or change what they ate but consumed their normal diets apart from the meal replacement.

The research showed that people who ate an avocado every day as part of a meal had a greater abundance of gut microbes that break down fiber and product metabolites that support gut health. Faecalibacterium, Lachnospira and Alistipes were enriched by 26% and 65% compared with the control group. There was also an increase in gut microbiome diversity compared with people who did not receive avocado meals in the trial. Avocado consumption also reduced bile acids and increased short-chain fatty acids, which correlate with positive health outcomes. The research also showed that even though avocados are rich in fat, and the people in the avocado group ate more fat overall, only slightly more fat was excreted in their stool, possibly due to a reduction in bile acids. The greater relative abundances of bacteria capable of fiber fermentation, as well as the other results, provide evidence that avocados affect digestive physiology, as well as the composition and metabolic functions of the intestinal microbiota.