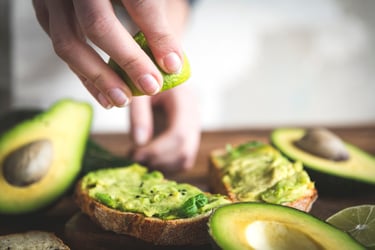 Scientists have shown for the first time that a compound found only in avocados may inhibit processes in the pancreas that usually lead to diabetes and obesity.

We have already known for some time that diet-induced obesity (DIO) is an important risk factor for the onset of metabolic complications like insulin resistance, type 2 diabetes (T2D) and cardiovascular diseases. However, the mechanism(s) by which lipotoxicity, or elevated free fatty acids, causes metabolic dysfunction continues to be widely debated.

In this study, mice were given high-fat diets for 8 weeks to induce a state of lipotoxicity and diet-induced obesity. Then half of the rats were given avocatin B (AvoB), an avocado-derived fatty acid oxidation (FAO) inhibitor, orally, for 5 weeks. This supplement was chosen in place of avocados because the levels of AvoB in avocado varies widely.

The treated mice weighed significantly less than those in the control group at the end of the 5 weeks. They also had improved glucose intolerance, glucose utilization, and insulin sensitivity, showing that they were able to absorb and burn glucose more readily and improve their cell’s response to insulin.

Next, the scientists performed a human clinical study. They gave AvoB as a dietary supplement to participants who ate a typical western diet. It was absorbed safely without affecting their kidneys, livers or muscles. They also lost weight, although the results weren’t statistically significant.

The next step for the researchers is to test AvoB’s effects in treating people with metabolic ailments.