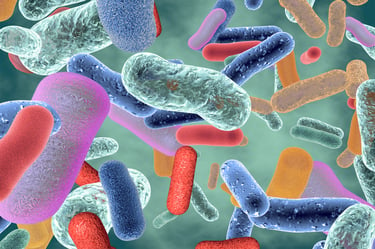 A recent study into the effects of specific bacterial strains on type 2 diabetes has identified four key bacteria that could be very significant for people who suffer from this chronic condition.

Previous studies have shown that a key risk factor for type 2 diabetes is obesity, often caused by a western diet and low physical activity, which can contribute to dysbiosis in the body. On the one hand, it is believed that complex changes in the structure of gut microbe communities, resulting from hundreds of interactions between them, underlies metabolic harm to human health. On the other hand, some reports make the claim that individual members of the microbial community are major culprits, and it has been unclear to scientists which hypothesis is the most credible.

However, in this animal study, researchers from Oregon State University used a new, data-driven, systems-biology approach called transkingdom network analysis to study microbiome interactions during the consumption of a western diet. It allowed them to get a glimpse at how individual members of the microbiota play a part in metabolic changes influenced by diet.

The analysis showed that four bacterial species affected the outcomes the most: Lactobacillus johnsonii, Lactobacillus gasseri, Romboutsia ilealis and Ruminococcus gnavus. The first two are considered by the scientists as potential supporters of glucose metabolism, while the second two are not supportive. Comparing their results with data from human studies, the researchers found correlations between human body mass index and the abundance of the four bacteria. The found R. ilealis was present in over 80% of obese patients, suggesting the microbe is a prevalent harmful pathobiont in overweight people.

The scientists behind the study state that this evidence reveals potential probiotic strains to help with type 2 diabetes and obesity, and highlight the opportunity to develop targeted regimens rather than using a generalized, non-targeted approach.

A recent paper published in the British Journal of Nutrition has revealed some interesting information regarding the eff...

END_OF_DOCUMENT_TOKEN_TO_BE_REPLACED

Losing around 4.5 to 6.5 pounds of weight and increasing physical activity over two years can help support healthy blood...