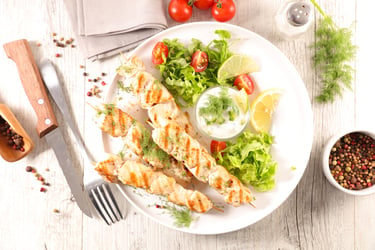 Researchers from the Yale Center for Research on Aging recently published a paper in Science detailing results of a 2-year calorie restriction trial in humans, as well as subsequent animal data which followed up on their findings. A subset of participants in the CALERIE trial (Comprehensive Assessment of Long-term Effects of Reducing Intake of Energy) was asked to reduce calorie intake by 25%, without following any specific dietary program. After two years of an approximate 14% reduction in calorie intake, MRI confirmed that thymus gland function had improved significantly as a result; thymic mass had increased, with less fat and enhanced T-cell production, compared to the onset of the study (no change was observed in control subjects). This alone is quite astounding, as typically aging is associated with progressive loss of thymic function, as well as decreased production of naïve T-cells and immunosenescence. These participants gained function with only a 14% reduction in calorie intake.

Transcriptomic analysis revealed no changes in T-cell gene expression, but an analysis of adipose tissue revealed a surprising upregulation of 233 genes, and a downregulation of 131 genes. One of the genes whose expression was reduced, PLA2G7 (phospholipase A2 group VII, encoding platelet activating factor acetylhydrolase), was then examined in an animal model, in which this gene was deleted. Not only did these animals have greater thymic function, they had a better inflammatory response (decreased NLRP3 inflammasome activation), and were more resistant to obesity and weight gain, as well as fatty liver disease, when exposed to a high fat diet. Activity of this gene has previously been shown to increase in response to omega-6 fatty acids and decrease with omega-3 fatty acids.