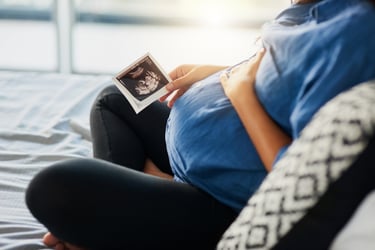 A study has uncovered the role of serotonin (5-HT) in the evolutionary growth of the human neocortex.

Previous research tells us that during human evolution, the brain increased in size, particularly the neocortex, which enables us to speak, dream and think. Studies have revealed various molecular players behind this change in the neocortex, which is directly determined by the proliferation and capacity of basal progenitors (BPs) and neural stem cells during fetal brain development. Basal progenitors are cells that can divide and generate other progenitors or, though rarely, neurons. They live in the subventricular zone of the brain and their proliferative capacity varies greatly across mammals. The molecules involved in the proliferation and process growth of BPs include human membrane-bound protein palmdelphin as an underlying factor, as well as its binding partner, the protein adducin-y.

However, this new study has confirmed the role of 5-HT via its receptor HTR2A in BP proliferation in an evolutionary relevant manner. Before this study, we knew that 5-HT mediates satisfaction, self-confidence and optimism by transmitting messages between nerve cells that contribute to well-being and happiness. Yet its potential role during brain development had not been explored in detail.

During fetal development in humans and mice, the placenta produces serotonin that is transmitted to the growing baby. In this new study, the researchers used datasets generated during their previous research and found that the serotonin receptor HTR2A was expressed in the fetal human neocortex, but not the embryonic mouse neocortex. Serotonin must bind to this receptor to activate downstream signaling.

The scientists decided to investigate this finding more deeply by inducing the production of HTR2A receptor in mice. The results showed that doing this caused a chain reaction that led to the production of more basal progenitors in the developing brain, setting the mouse up for a larger brain.

This new data may help explain how malfunctions of serotonin and its receptor during fetal brain development can lead to congenital disorders such as Down syndrome, as well as attention deficit hyperactivity disorder and autism, and may suggest novel approaches for future therapeutic options.