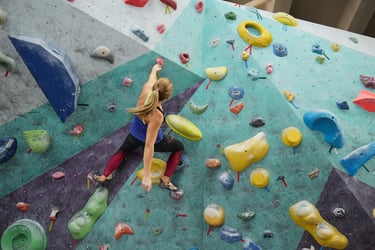 A recent study from the University of Geneva (UNIGE) aimed to discover the link between sports and memory. The results, which were published in the journal Scientific Reports, show that exercise is not only good for the body, it also enhances memory.

In the study a group of 15 healthy, non-athletic men took a memory test at three different times: the first, after 30 minutes of moderate cycling, the second after 15 minutes of intensive cycling, and the third after a period of rest. The researchers also used functional MRI scans to look for changes in brain structure as well as blood tests to measure endocannabinoid levels. (Endocannabinoid molecules are released during exercise and are known to increase neuroplasticity.) The researchers discovered changes in brain structure, with results showing that the faster the individuals were, the more they activated their hippocampus (the area of the brain responsible for memory) as well as the caudate nucleus (involved in motor processes).

Another study by the same research team found that exercise positively affected associative memory. That study discovered somewhat different findings than the new study in that they found that moderate exercise produced better results (as opposed to the faster and higher intensity exercise enhancing memory most). This highlights that not all sports have the same effects. Speaking specifically about children’s education, the researchers stated: "Sports activity can be easy to implement, minimally invasive and inexpensive intervention. For example, would it be useful to schedule a sports activity at the end of a school morning to consolidate memory and improve learning?" The authors are currently exploring how these discoveries could help those at high risk of developing Alzheimer’s disease.

Exercise’s Impact on the Immune System

In a study looking at the effects of exercise on immune function, Dr. James Turner and Dr. John Campbell from the Univer...

END_OF_DOCUMENT_TOKEN_TO_BE_REPLACED

Could Running Be Associated with a Lower Risk of Mortality?

A study has uncovered that running or jogging, regardless of the amount above one session per week, could be associated ...