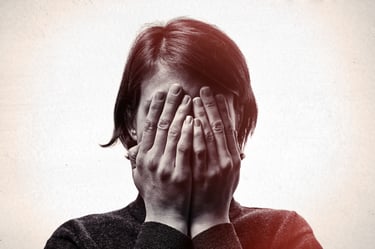 A new study on fear extinction out of the Netherlands has uncovered a link between the endocannabinoid anandamide and fear in the context of post-traumatic stress disorder (PTSD).

PTSD is a mental disorder that may develop after exposure to exceptionally threatening or horrifying events including a single traumatic event or from prolonged exposure to trauma, such as sexual abuse in childhood.

Fear extinction is the process that helps our brains forget traumatic events. It is characterized by a decline in conditioned fear responses following non-reinforced exposure to a feared conditioned stimulus.

N-acylethanolamines (NAEs), such as the endocannabinoid anandamide, are important signaling lipids in the brain. Anandamide, whose name comes from the Sanskrit word for "bliss", makes us feel good by triggering the reward center in our brains. It is produced naturally for a short time, for example, during exercise, creating a "runner's high" euphoria. This high uses your endocannabinoid system, and alongside 2-AG, anandamide is one of the two most studied of over a dozen other endocannabinoids discovered to date.

In this novel research, the scientists at this Dutch university decided to explore the opposite effect by reducing anandamide levels in mice. Using a pioneering technique that inhibits the production of one of the enzymes, they reduced anandamide production in the animals' brains, as well as the closely-related NAEs oleoylethanolamide (OEA) and palmitoylethanolamide (PEA). To do this, they used the CNS-active N-acylphosphatidylethanolamine phospholipase D (NAPE-PLD) inhibitor they created called LEI-401.

The results prove that lowering anandamide levels has a negative effect on emotional behavior. This might explain why PTSD develops, as brains that don’t produce enough anandamide for someone to remain emotionally balanced. It could also explain why flashbacks feel so real to people with PTSD, as their brains lack the mechanism needed for their traumatic memories to fade.