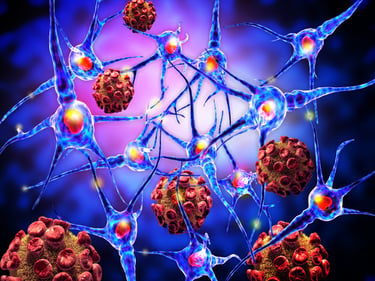 A research study by the University of Virginia (UVA) School of Medicine found new vessels that directly connect the brain to the immune system. This pathway was previously not thought to exist. Like every other tissue in the body, the brain is connected to the peripheral immune system through meningeal lymphatic vessels.

Once in a while, a new piece of scientific evidence is presented that overturns decades of textbook teaching and UVA’s discovery does just that. The new discovery could have a major impact on how to address neurological dysfunction. Lead researcher, Jonathan Kipnis, PhD, professor of the UVA Department of Neuroscience and director of UVA's Center for Brain Immunology and Glia (BIG) stated, "It changes entirely the way we perceive the neuro-immune interaction. We always perceived it before as something esoteric that can't be studied. But now we can ask mechanistic questions."

This exciting new discovery in the human body suggests that every neurological disease has an immune component. Antoine Louveau, PhD, a postdoctoral fellow in Kipnis' lab made the study possible thanks to developing a method to mount a mouse's meninges on a single slide. He observed vessel-like patterns and immune cells on his slides, which led him to test for lymphatic vessels. Louveau found that the lymphatic vessels travel from the brain down into the sinuses, positioned very closely to a blood vessel, making them extremely hard to pinpoint.

Several neurological diseases present with accumulated waste in the brain. Kipnis and his team now think that this waste builds up because they have not been efficiently removed by the lymphatic vessels. They also found that the vessels look different with age and may play a role in age-related cognitive decline.