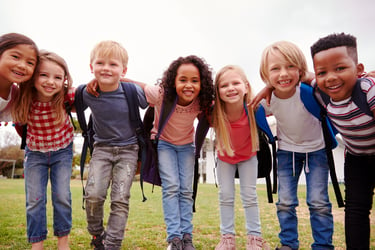 Recent research has shown that a mother’s vitamin D levels during pregnancy are positively associated with their offspring’s IQ scores.

We know that vitamin D is critical for neuronal and other embryonic developmental processes that may affect future neurocognitive function. Previous observational studies have found connections between gestational vitamin D levels and neurocognitive outcomes, such as the development of brain disorders like schizophrenia and autism. Some cohort studies have also found a link between vitamin D in pregnancy and IQ during childhood. Other recent studies, however, have not supported this connection.

This new study used data on the 25-hydroxyvitamin D [25(OH)D] levels of 1503 women in their second trimester of pregnancy and neurocognitive development in their children between 4 and 6 years of age. The researchers examined the connections between the second-trimester 25(OH)D and Stanford-Binet IQ scores using a multivariable linear regression.

The results showed that around 46% of the mothers were deficient in vitamin D during their pregnancy (normal vitamin D level is around 20 ng/mL), and levels varied depending on variations in skin color. Due to vitamin D absorption, darker-skinned women had levels with a standard deviation of between 19.8 and 7.2 nanograms per milliliter (ng/mL), and lighter-skinned women had a standard deviation of between 25.9 and 9.3 ng/mL. In adjusted models, a 10 ng/mL increase in vitamin D saw a 1.17-point higher Full Scale IQ and Verbal IQ, and a 1.03-point higher Nonverbal IQ, with no observed effect modification by skin color.

The scientists leading the study conclude that gestational vitamin D status may be an important predictor of neurocognitive development. These findings could help inform prenatal nutritional recommendations, as screening and supplementation may help with vitamin D deficiency.

END_OF_DOCUMENT_TOKEN_TO_BE_REPLACED

The results of a clinical trial conducted by researchers from the University of Columbia in Canada were published in the...