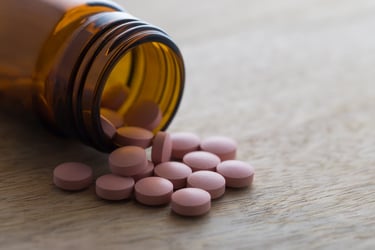 A meta-analysis published recently in JAMA Internal Medicine raises questions about the efficacy of statin drugs with regard to reducing heart attack, stroke, and all-cause mortality. The findings are important because they may have implications for affecting shared decision-making between doctors and patients when it comes to using statin drugs to lower serum cholesterol levels.

The meta-analysis included twenty-one randomized controlled trials that compared statin drug treatment to placebo or usual care, reported absolute changes in LDL-C, and had a duration of at least two years. The main finding was that the relative risk reductions in all-cause mortality, heart attack and stroke, were misleading compared to the absolute risk reductions, and this may lead clinicians and patients to believe that statins are more effective than they may be in some cases.

The relative risk reductions (RRR) were shown to be 9% (all-cause mortality), 29% (heart attack), and 14% (stroke). These sound impressive on the surface, but looking at absolute risk reduction (ARR) paints a different picture. The absolute reductions were 0.8%, 1.3%, and 0.4%, respectively. The paper’s authors wrote:

“Reporting the reduction in cardiovascular outcomes as RRR without reporting the corresponding absolute risk reduction (ARR) has the potential to inflate the clinical importance of an intervention and may exaggerate trivial associations.”

Related research has shown that reductions in LDL-C correspond poorly to reductions in cardiovascular risk, and it is increasingly believed that the beneficial effects of statins come from pleiotropic actions rather than the lowering of LDL-C. The authors of the meta-analysis noted, “…when considering the ARR of statins, the benefits are quite modest, and most trial participants who took statins derived no clinical benefit.”

According to the authors’ calculations from the pooled trials included in the meta-analysis, 77 individuals would need to be taking a statin for approximately 4.4 years to prevent one heart attack. Depending on an individual patient’s situation, statin therapy may be appropriate, but the risks and benefits should be clearly communicated so that an informed decision can be made, particularly in light of the undesirable side-effects these drugs may induce in some patients.

In a recent meta-analysis of 9 cohort studies that included a total of nearly 3,000 participants, the relationship betwe...