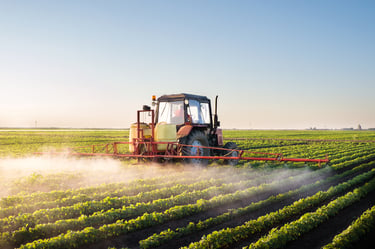 The health effects of the world’s most popular weed killer glyphosate, or Roundup, are widely disputed. Recently, increasing numbers of scientists have underlined the need for independent research on the effects of this herbicide, whose global use is increasing rapidly, particularly on genetically modified food crops designed to tolerate it.

Glyphosate has been argued to be linked to Celiac disease, non-Hodgkin’s lymphoma, and kidney disease, autism, Alzheimer’s disease, depression, and obesity, among other associated health problems and reproductive issues. This chemical has been seen to disrupt gut bacteria in animals and killing beneficial forms of bacteria. It is also thought to be potentially carcinogenic. However, the effects of glyphosate across generations has never been studied before now.

In a new study performed at Washington State University, researchers studied the effects of non-direct exposure of glyphosate on second and third generation rats. They saw no health changes in pregnant rats nor their offspring. However, they did see dramatic increases in health problems in both generations, including obesity, kidney disease, ovarian disease, and birth abnormalities. They found that these rats were different genetically with regard to DNA methylation, meaning the function of the genes and gene expression was affected by the glyphosate and explains why the effects of this weed killer are able to show up in offspring who had no direct exposure to the chemical.

These observations point to the generational toxicity of Roundup, and the researchers suggest that this issue be considered when it comes to the causes of disease in future generations.