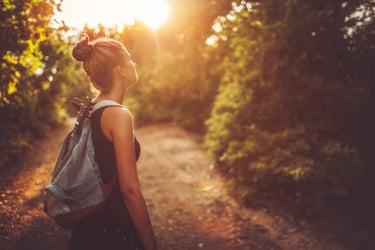 The results of a clinical trial conducted by researchers from the University of Columbia in Canada were published in the journal Frontiers in Microbiology. The trial explored the effects of Narrow-Band UltraViolet B (NB-UVB) radiation on the intestinal microbiota, specifically in those who were vitamin D deficient.

Lead investigator Bruce Vallance, PhD and his team conducted a clinical trial with twenty-one healthy Caucasian women between the ages of 19 and 40 with a Fitzpatrick skin type I, II or III. Participants were given low doses of NB-UVB light. They were exposed three times in one week to full body NB-UVB light. Participants’ vitamin D (25-hydroxy vitamin D) levels and microbiome (fecal) samples (2x before and 2x after) were compared before and after the light exposures.

Participants were divided into two groups: one that took vitamin D supplements through the winter prior to the study (VDS+) and those who did not (VDS-). Researchers pointed out that the VDS- group was vitamin D deficient at the start of the study while the VDS+ group was sufficient. This led them to conclude that using oral vitamin D supplementation in the winter months is a viable way to maintain adequate vitamin D levels when UVB exposure is limited. This is important because limited UVB exposure is known to be an important environmental factor associated with the onset of chronic inflammatory diseases.

Results indicated that three NB-UVB exposures led to an increase in serum 25 (OH)D levels 7.3 nmol/L within one week in both groups. In addition, this was the first study to show that humans in the VDS- group with low 25 (OH)D serum levels experienced increased diversity in their intestinal microbiome after NB-UVB exposure. Researchers suggest further exploration of the proposed skin-gut axis in a larger cohort including both sexes and a wider range of skin types.

They concluded, “Changes in the intestinal microbiota composition caused by NB-UVB phototherapy could be beneficial for patients with chronic/auto-inflammatory diseases like IBD by removing dangerous bacteria, increasing beneficial bacteria, and ultimately modulating immune responses.”

END_OF_DOCUMENT_TOKEN_TO_BE_REPLACED

Recent research has shown that a mother’s vitamin D levels during pregnancy are positively associated with their offspri...