Widespread Lead Exposure in US 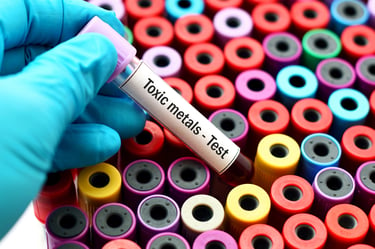 An estimate of the number of people in the US alive in 2015 that were impacted by lead exposure was recently published in PNAS. Using data from NHANES, estimates based upon leaded gasoline consumption (the chief source of lead exposure between the 1940s and 1980s), and accepted models of IQ loss due to lead exposure, the authors determined what portion of the US (in 2015) had elevated lead levels during childhood (age 1-5), and the impact this has had on the IQ of the US as a whole.

Their findings indicate that the majority of the US, 54%, had elevated blood lead levels (BLL) during their childhood, defined as a BLL of more than 5 µg/dL. 31% of the population had levels above 10 ug/dL, approximately three times the current reference level of 3.5 ug/dL, and 10 million had a BLL greater than 25 ug/dL during childhood. Among cohorts born between 1951 to 1980, a BLL greater than 5 ug/dL was nearly ubiquitous (90-100%, depending on the year), with a significant portion having much greater exposure; for example, 78% of those born between 1966-1970 had BLLs greater than 15 ug/dL.

Exposure to lead has had tremendous consequences. These researchers estimate the US lost 824,097,690 million IQ points, or an average of 2.6 points per person, though some cohorts lost more (e.g., the 1971-1975 cohort lost 5.7 points per person). It has previously been reported that childhood lead exposure is inversely linked to cognitive function among adults (when followed over decades), as well as socioeconomic status and social mobility.