A Clear Link Between Bad Mood and Inflammation 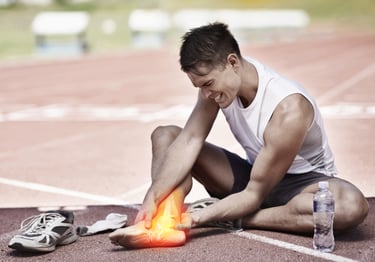 Researchers from Penn State have found that low mood might be a sign of poor health. Inflammation is part of the body's natural immune response, but chronic inflammation elicits the onset of disease. In the Penn State study, inflammatory markers were established from serum levels and correlated with emotional questionnaires. They found that a negative mood over a whole week was associated with higher levels of inflammation. Conversely, momentary positive moods from the same week were associated with lower levels of inflammation. The study was led by Jennifer Graham-Engeland, associate professor of Bio-Behavioral Health at Penn State, and later published in the Journal “Brain, Behavior, and Immunity”. The researchers used questionnaires to assess the participant's mood in-the-moment, as well as observing their feelings over time. The cohort was drawn from a cross-section of participants from a housing development in the Bronx, New York, as part of the larger Effects of Stress on Cognitive Aging, Physiology, and Emotion (ESCAPE) study.

Graham-Engeland correlated higher levels of inflammatory biomarkers with hostility and ongoing blue mood patterns. Chronic inflammation has long been connected with the onset of a variety of chronic illnesses, however, the science behind the relationship between emotions and the onset of illness has not been widely studied. More specifically, this research observed the relationship of both ongoing low moods and momentary mood fluctuations. Graham-Engeland stated, “There were stronger trends of association between momentary negative affect and inflammation when the negative mood was assessed closer in time to blood collection.”

Graham-Engeland said, "... we are excited about these findings and hope that they will spur additional research to understand the connection between effect and inflammation, which in turn may promote novel psychosocial interventions that promote health broadly and help break a cycle that can lead to chronic inflammation, disability, and disease.”

A recent study on the differences between a Western diet versus a fiber-rich, traditional Tanzanian diet shows the latte...