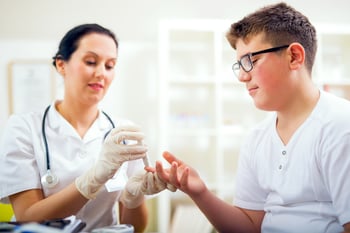 Berberine has become synonymous with supporting the maintenance of healthy blood sugar levels, as well as having benefits for the gut, brain and heart. A recent article delves into the biological mechanisms of this botanical to confirm its influence on blood sugar.

Although not fully understood, the pathogenesis of Type 2 Diabetes Mellitus (T2DM) seems to stem from both oxidative stress and inflammation. The inflammatory condition may be the result of various kinase and signaling pathways influencing adipocytes and immunocytes to produce interleukin-6 (IL-6) and tumor necrosis factor-α (TNF- α), both involved in the pathogenesis of T2DM. When the nuclear factor-kB (NF-κB) pathway is activated by these cytokines, it may disrupt the insulin signaling pathways and also induce dysfunction of the islets β-cells.

Berberine appears to act on these inflammatory pathways. Following the administration of berberine in diabetic animal studies, modified levels of proinflammatory cytokines and oxidative stress markers were observed. It was noted that “berberine acted against inflammation through a very complex mechanism consisting of several kinases and signaling pathways involving various factors, including NF-kB and AMP-activated protein kinases (AMPK).”

Although the precise mechanisms involved remain unclear, inflammation is considered a “crucial risk factor”  for T2DM, and berberine may help support the inflammatory pathways.

This article also noted that berberine acts as an antioxidant, thereby inhibiting oxidative stress also associated with the development of insulin resistance. In hyperglycemic animals fed berberine, higher levels of glutathione (GSH), glutathione peroxidase (GSHPx), and superoxide dismutase (SOD) were noted as well as suppressed levels of malondialdehyde (MDA). The authors concluded that “berberine is involved in the regulation of GSH/GSHPx antioxidant system in diabetic patients, and that there exists an association between the antioxidant potential of berberine and its suppressive influence on developing T2DM and insulin resistance.”

By supporting healthy inflammatory pathways and acting as an antioxidant, berberine once again scores high points for blood sugar support.