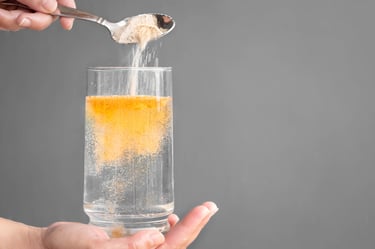 A case series of 10 patients with long-standing, symptomatic, intractable drug-refractory irritable bowel syndrome (IBS) were given dietary support and a serum-derived bovine immunoglobulin/protein isolate (SBI) and reported an average of 69% complete management of IBS-related symptoms.

The root cause of IBS is complex and not yet fully understood. IBS biomarkers have been implemented in recent years, yet patients with this health issue usually suffer from non-specific and overlapping signs that make the diagnostic process challenging. As such, IBS is known as an intractable problem, or one that is difficult to manage. However, it is estimated that IBS affects 10% - 20% of the population, though only 25% of patients seek medical attention for its symptoms.

Though IBS patients often report dissatisfaction with the therapies they are offered for management of their symptoms, reducing the ingestion of fermentable oligosaccharides, disaccharides, monosaccharides and polyols via the FODMAP diet has been shown to improve gastrointestinal symptoms. The ingestion of probiotics has also shown some effectiveness as an IBS management solution, particularly in IBS with constipation (IBS-C).

Safe and effective agents, however, are still needed to help patients manage their IBS. This case series aimed to track the responses of 10 patients to oral SBI. The patients had difficult to manage, drug-resistant IBS with diarrhea (IBS-D) or “IBS undefined” (IBS-U) involving abdominal pain, gas/bloating and distention.

SBI is a specially formulated protein mixture made up of approximately 92% protein, of which up to 50% is immunoglobulin G (IgG), along with other proteins and peptides that reflect the composition of blood plasma. These proteins are similar to those found in colostrum and milk, yet SBI is free of milk, soy and gluten products.

SBI was discovered through research into the health benefits of bovine colostrum, which has been used for hundreds of years as a traditional or complementary therapy for a wide variety of ailments.

During this study, the participants were administered 5 g per day of SBI alongside standard-of-care nutritional support, and a scale to report improvements in overall IBS symptoms after one month. The results showed a reduction in the onset of GI symptoms after the nutritional support and SBI within an average period of 2-4 weeks, as well as improved or near-complete management in all 10 patients who had shown previous signs of drug resistance by 4 weeks. The patients reported significant improvements in IBS symptoms averaging between 50% and 100%. The average for complete management of all patients was 69%. When SBI was taken for up to 28 weeks, patients reported no side effects. The scientists behind the study state that the evidence suggests that SBI may be a viable nutritional option for IBS-D and IBS-U management.