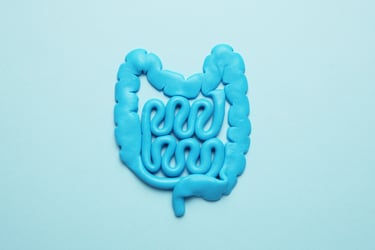 New research published in Nature by Rockefeller University on October 29, 2020, is changing the way we perceive the gut microbiota and immune system. Previously, scientists thought that the gut’s immune system was crude in its approach to population control, simply cleansing out foreign invaders with non-specific antibodies in a blanket approach to flush out unwanted microbes. This new research has now found that the gut’s immune system is quite precise, producing finely tuned antibodies to target specific bacteria. Gabriel D. Victora, an immunologist and head of the Laboratory of Lymphocyte Dynamics stated, "It was thought that the gut immune system worked sort of like a general-purpose antibiotic, controlling every bug and pathogen, but our new findings tell us that there might be a bit more specificity to this targeting."

The new research suggests that the gut’s immune system may play a part in shaping the composition of the microbiome. Victoria et. al set out to study how B cells interact with the plethora of microbes in the gut. They found that B cells enter germinal centers in the lymphatic system, where they adapt and learn, and finally, one finely tuned B cell emerges. This winner B cell is known as a winner clone. It is then used to generate a targeted troop of B cells that produce finely tuned antibodies. By looking at the germinal centers that formed in mice, Victora and his team focused on the winning B cells to establish whether the antibodies were specialized. They found that these B cells were specially designed to target specific bacteria in the gut. This study has opened up a new area of inquiry where, in the future, we may be able to understand the underlying rules of selection in the densely populated and noisy gut microbiome.

A recent review has uncovered the relationship between lung function and poor gut health.

END_OF_DOCUMENT_TOKEN_TO_BE_REPLACED

How the ketogenic influences the microbiota is a favorite research topic today. Some data suggests that ketogenic diets ...