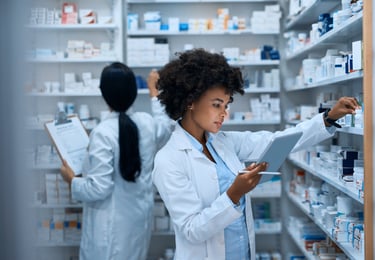 In a study recently published in Nature Microbiology, a longitudinal multi-omics analysis was reported for women with a history of recurrent UTIs (n=15) compared to healthy controls (n=16). In this one-year study, all participants provided monthly fecal samples (fecal, urine, and plasma samples were collected at study onset), with additional samples collected during and after the 24 UTIs which occurred (all among women with a history of rUTIs). Somewhat surprisingly, E. coli gut and bladder populations were not significantly different between the two groups; however, women with a history of rUTI had depleted gut microbial richness, including a reduction in short-chain fatty acid (SCFA, e.g., butyrate) producing genera, with a similarity to the depletions found in IBD.

The study suggests that although antibiotic use removes contributing bacteria from the urinary tract, it does not eliminate pathogenic UTI-causing strains from the gut; instead, antibiotics may maintain the dysbiosis which increases susceptibility to future infections, possibly exacerbated by an increase in inflammation because of the loss of SCFA-producing bacteria. Other notable findings: intercourse preceded all the UTIs in the study, and transcriptional analysis of peripheral blood mononuclear cells indicated differences in systemic immunity between the two study groups. This study adds support for the growing recognition that rUTIs are complicated, involving interactions between gut, bladder (and vaginal) microbiomes, not simply resolved with antibiotic treatment.