New Study Explores How Probiotics Could Influence US Healthcare Costs 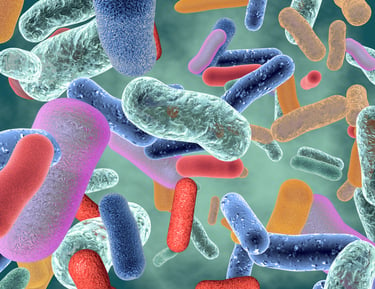 A new economic modeling study published in Frontiers in Pharmacology last month explored how probiotics can be used to reduce healthcare costs while "instilling a spirit of proactivity for healthcare providers". Acute respiratory tract infections (RTI), pose a heavy burden on the US healthcare system and society at large. The study took the form of two large meta-analyses that investigated the effect of healthy subjects taking probiotics and compared the incidence and duration of RTIs. The paper also outlined that 61% of healthcare providers are routinely prescribing probiotic foods and supplements, alongside medications.

The findings of the study led by nutrition economist, Irene Lenoir-Wijnkoop, could positively impact productivity and healthcare expenses in the US. Lenoir-Wijnkoop’s economic analysis compared probiotic intake and no probiotic intake by using the state-transition microsimulation model. They found that the changes were small at an individual level, but if applied to the US population at large, there would be a significant impact on missed days of work and an estimated 19,012,000 to 54,491,000 fewer RTIs according to the Cochrane scenario.

The studies included the meta-analysis of Lactobacillus and Bifidobacterium bacterial strains. Further clinical trials on different strains of probiotics and strain levels are warranted.