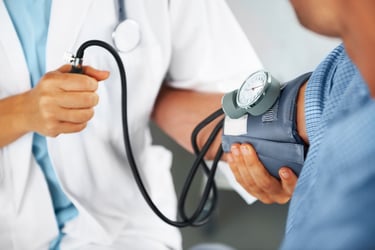 Polyphenols from fruits and vegetables have a long track record of reducing cardiovascular risk, in part by improving endothelial function. In a recent analysis of a German cohort of over 900 community-based participants, dietary intake of several polyphenol classes (including flavonoids, anthocyanins, polymers, and proanthocyanidins) over the previous year was associated with a clinically significant reduction in systolic blood pressure. Specific foods rich in these polyphenols were linked to lower blood pressure as well; a higher intake of berries, apples, pears, and red wine were each associated with a reduction in systolic pressure of approximately 4 mmHg.

Additionally, for the first time this study demonstrated that the effect on blood pressure was in part mediated through differences in the gut microbiome. Specifically, 15.2% of this association was explained by microbiome differences, such as greater microbial diversity as well as a greater abundance of the Ruminococcaceae family and lesser amounts of the Parabacteroides genus.  Modification of dietary polyphenols by specific bacterial populations is thought to be the mechanism of action. Microbial production of succinate, for example, has been linked to hypertension and obesity in previous studies. The authors of this study have previously shown that the microbiota also influence the relationship between visceral adiposity and polyphenol intake. Specifically, 18.5% of the inverse association between anthocyanin intake and visceral adiposity was explained by microbiome differences.