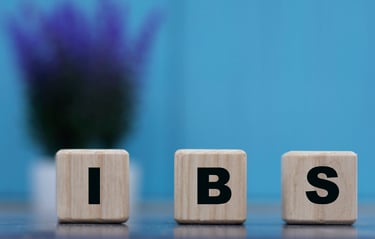 The aim of this study was to assess the safety and clinical outcomes of SBI in refractory IBS patients, and focused on patients with IBS-D and IBS-M specifically who had suffered from recurring Clostridium difficile infections (CDI).

Post-infectious IBS is thought to affect around at least 10% of IBS sufferers because they can trace the onset of their symptoms to a previous bout of infectious dysentery. Only recently has CDI been documented as a contributor to the issue worth further investigation.

In previous studies, several bacterial toxins in animals were bound with SBI. In vitro, evidence was found that SBI can bind to and neutralize C. difficile toxins A and B. However, in this small double-blind study, two patients were treated for relapsing CDI. Despite negative retesting for C. difficile, Patient 1, a 39-year-old female patient, developed persistent diarrhea and intolerance to common therapies. She actually filed for disability due to the severity of the symptoms. Patient 2 was a 57-year old female who experienced ongoing diarrhea with bouts of constipation after clearance of recurrent CDI.

The results showed that Patient 1’s frequent loose stools were completely managed within 2 weeks of starting 5 g SBI four times daily, yet returned when treatment was discontinued. She then began taking 5 g SBI daily and was able to return to work.

When Patient 2 was administered 5 g of SBI twice daily, she experienced better bowel management within just a few days. A reduced dose of SBI 5 g just once per day was provided to avoid possible constipation and the patient reported regulation of her bowel habits at that dose.

The scientists behind the results of this study suggest the need for additional research into this nutritional agent in post-C. difficile infectious IBS sufferers.

A recent study on both mice and human subjects has revealed the biological mechanism that explains why some people exper...