Average to Excellent: How to Meet the Needs of Your High Performing Patients

A recent study found the effectiveness of deer antler to help with fatigue in mice may be caused by alterations in the expression of genes related to ... 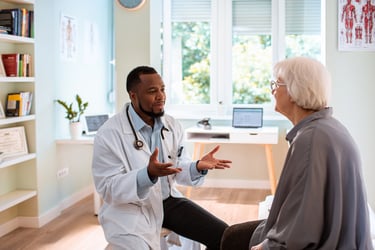 Results from the UK Biobank study, one of the largest cohorts of middle-aged adults to provide data for HbA1c across the glycemic spectrum as well as measures of cognitive function, neuroimaging, and dementia, were recently published in the journal Diabetes, Obesity & Metabolism. The authors report that both prediabetes and diabetes were associated with an increase in risk for vascular dementia and cognitive decline, while diabetes was also associated with an increase in risk for all-cause and Alzheimer’s dementias. This study adds to the growing body of research pointing to diabetes as only one part of a spectrum rather than a distinct disease, as well as the importance of addressing any impairments in glucose regulation as early as possible.

The nearly 500,000 participants in this study were categorized in one of the following five groups: low HbA1c (mean 5.1), normoglycemic (mean 5.6), prediabetes (mean 6.2), known diabetes (mean 7.0), or unknown diabetes (mean 7.5). Prediabetes was associated with a 54% increased (adjusted) risk for vascular dementia, while diabetes carried a nearly 3-fold higher risk. Prediabetes and diabetes had a similar increase in risk for cognitive decline (42% and 39%, respectively), while diabetes had a nearly 2-fold higher risk for both all-cause and Alzheimer’s dementias.

Antihypertensive medication use appeared to account for some of the excess risk found between prediabetes and vascular dementia. The authors suggest rather than an adverse effect of medication, this is more likely an indicator of hypertension that had been untreated for far too long, again emphasizing the importance of optimizing both blood pressure and glucose/insulin regulation early, rather than waiting for overt disease to progress.

There also was an apparent benefit in the low HbA1c group; individuals in this group had greater hippocampal volume and lower white matter hyperintensity (WMH) volume compared with normoglycemic individuals. Hippocampal atrophy is a consequence of hyperglycemia linked to cognitive decline and memory loss, while WMH volume is a tentative indicator of neurological decline. In sharp contrast, hippocampal volume declined approximately 80mm3 among diabetics compared to those with normoglycemia, in contrast to the 12mm3 increase found among those in the low HbA1c group. Given the nearly 2-fold increase in cardiovascular disease risk among prediabetics (in a separate analysis of this same cohort), the advantage to achieving healthy glucose control could not be clearer.

Memory and thinking tend to decline when adults enter their late 70s, but the underlying factors for this diminished cog...

END_OF_DOCUMENT_TOKEN_TO_BE_REPLACED

Data from more than 1,000 brain scans have revealed interesting patterns in the way large-scale systems in the brain int...

END_OF_DOCUMENT_TOKEN_TO_BE_REPLACED

Back in February of 2010, the BBC reported on Ballabgarh, a village in northern India that had an unusually low rate of ...

END_OF_DOCUMENT_TOKEN_TO_BE_REPLACED

DHA Pathway to the Brain