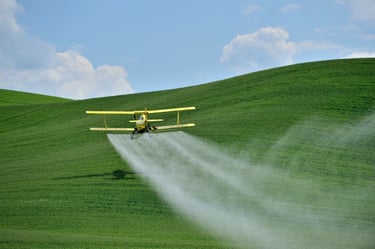 A new study using advanced brain imaging is one of the first to reveal how exposure to organophosphate pesticides (OPs) changes the brain.

Over 800 million pounds of pesticide active ingredients are applied in the USA each year, and OPs are the most common type of insecticides among them. The predominant route of exposure to these chemicals is through diet, including residues on fruits and vegetables, but people living close to agricultural land or living alongside people who work in agricultural settings can also be affected via clothing and air that moves from nearby fields into residential areas.

Prenatal exposure to OPs has previously been linked to poorer cognition and behavior problems in children. Yet, up to now, little has been known about where inside the brain the damage is done.

The researchers used functional near-infrared spectroscopy, which measures changes in near-infrared light to allow them to monitor blood flow in the front part of the brain. They examined the brains of 95 adolescents living in California’s Salinas Valley and found that a 10-fold increase in OP use within 1 km of where their mothers lived during pregnancy led to a decrease in brain activation on both sides of the prefrontal cortex area of the brain during a cognitive flexibility task. The study results suggest that OP use could underlie cognitive and behavioral function changes in the brain from adolescence and beyond. These changes include attention problems, autistic traits, and poor cognitive development.