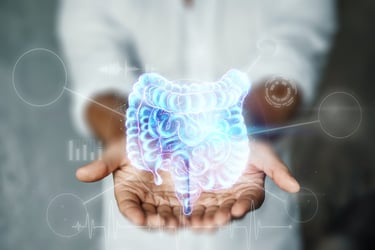 A recently published randomized and controlled double-blind clinical trial concluded that when participants with obesity were supplemented with 250 mg Saccharomyces boulardii and 500 IU superoxide dismutase (SOD) twice per day at mealtimes for 60 days, they had a number of improvements related to body composition and insulin sensitivity compared to the group receiving placebo. In a total of 25 study participants, both groups were also asked to moderately reduce their caloric intake, though only those receiving the active treatment had a significant reduction in weight (−2.73 kg total weight, and −0.97 kg/m2 in BMI). The active group also had a significant decrease in fat mass as measured by DEXA, without any change in fat-free mass, as well as significant reductions in fasting insulin, HOMA index, and uric acid. The group receiving the active treatment also had a significant increase in 25-OH vitamin D levels.

Although a small study, it may be the first human clinical trial of S. boulardii and SOD as a means of improving metabolic health and reducing adiposity in individuals with obesity. Animal studies have indicated that S. boulardii’s probiotic effect is likely responsible for improvements in insulin sensitivity and reduced fat mass, while SOD has shown similar benefits in animal models through an antioxidant/anti-inflammatory mechanism.

Losing around 4.5 to 6.5 pounds of weight and increasing physical activity over two years can help support healthy blood...

END_OF_DOCUMENT_TOKEN_TO_BE_REPLACED

In a study published in the journal Current Biology, Güler and his team explored the connection between the pleasure cen...