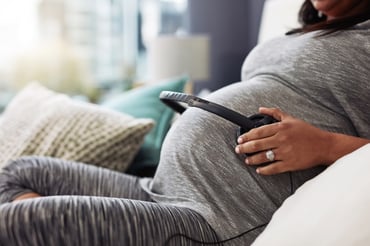 New experiments on newborn mice have uncovered that sounds may change the “wiring” of sound processing areas of the brain earlier than previously thought, and even before the ear canal opens.

The effects of early sensory experience within all the sensory systems have been investigated, and it is well-known that environmental noise has the potential to negatively impact developing auditory hormonal, and neural systems in premature infants. We also know that fetuses and infants react to sounds when exposed to them during the fetal period. The effects of listening to the mother’s heartbeat can even help children feel less pain.

However, subplate neurons, which die off during the first months of human life, may actually be the key to understanding how sound shapes the fetal brain. In this study, it was discovered that subplate neurons, which act as a bridge in fetal development between the thalamus and cortex of the brain, can receive electrical signals related to sound before any other cortical neuron.

To test this, scientists used genetically modified mice that lacked a protein on hair cells in their inner ears. Without the protein, the brain didn’t get the signal that transforms sound into an electrical pulse that goes to the brain which is then translated into our perception of sound. In the mice without the protein, 25%-30% more connections appeared in the subplate neurons and other cortex neurons around one week before their ear canals opened. This suggests that sounds can change brain circuits very early.

The researchers then investigated the effect of extra sounds on normal mice. They put very young mice pups whose ear canals had not yet opened up into a quiet enclosure. One group was exposed to a beeping sound, and another group was not. The results showed that the sound experience led to further changes in the connections between subplate and cortical neurons.