Study Finds Anger is Amplified with Lack of Sleep 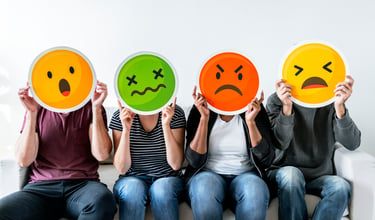 A paper first published by The American Academy of Sleep Medicine (AASM) in the Journal  - Science Advances looked at the amplification of anger due to lack of sleep. Researchers instructed 202 college students to fill out a daily diary to capture a report of the previous night’s sleep. In addition, the students wrote down everyday stressors, experiences in day-to-day life, and how angry they were across a month-long period. The daily journal studies revealed that the participants experienced more anger on days where they had less sleep the night before.

In another experimental study, a second group of 147 community volunteers were studied in either a laboratory or home-based setting where they were subjected to relatively minor sleep deprivation - of 5 hours less than they would normally sleep for two consecutive nights. The following day they were exposed to irritating noises and their anger levels were monitored.

In the second experimental study, the researchers found that the participants who slept well adapted to the irritating noise and those that were sleep-deprived experienced more negative emotions.

One of the authors of the study, Zlatan Krizan, a professor of psychology at Iowa State University in Ames noted, “The results are important because they provide strong causal evidence that sleep restriction increases anger and increases frustration over time.” He added, “Moreover, the results from the daily diary study suggest such effects translate to everyday life, as young adults reported more anger in the afternoon on days they slept less.”

END_OF_DOCUMENT_TOKEN_TO_BE_REPLACED

In a study published in the journal Current Biology, Güler and his team explored the connection between the pleasure cen...