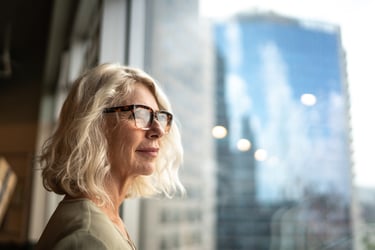 A new paper published in the journal Psychological Science showed that people who were generally more cheerful and enthusiastic were less likely to suffer steep memory decline later in life. This propensity to experience positive emotions is known as “positive affect” in psychology. The national study tracked 991 middle-aged to older US adults over three time periods, 10 years apart from each other. Each study assessed a range of positive emotions that the participants had experienced over the course of 30 days. The final assessment also tested the participants’ memory by asking them to recall words immediately after a presentation and then again 15 minutes later.

Results were measured by analyzing the relationship between positive affect and memory decline, taking into account such things as age, gender, education, depression, negative affect, and extraversion. The researchers found that, although memory consistently declined with age, "...individuals with higher levels of positive affect had a less steep memory decline over the course of almost a decade," as stated by lead author Emily Hittner, a graduate PhD from Northwestern University.

A recent study from the University of Geneva (UNIGE) aimed to discover the link between sports and memory. The results, ...

END_OF_DOCUMENT_TOKEN_TO_BE_REPLACED

A fascinating new paper published in the Journal of Neuroinflammation, by RMIT University, has found that the brain’s mi...