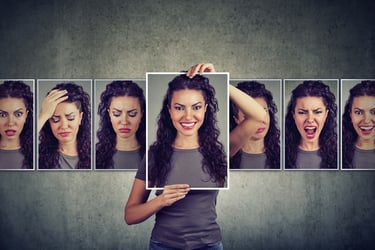 Microbiology and psychiatry are often considered as separate fields, yet clues of a link between the two have emerged in past centuries. In Victorian mental asylums, large numbers of patients had been exposed to the syphilis-causing microbe Treponema pallidum. The 1908 Nobel prize winner in Physiology or Medicine, Élie Mechnikoff, supported the idea that bacteria in fermented milk were beneficial for autointoxication, a historical term used to describe a wide range of symptoms from fatigue to melancholia.

With the help of the emergence of new technology such as next-generation sequencing, we now see a large and growing body of evidence that suggests a direct link between the microbiome and mood alteration.

In studies on animals, a direct link between the microbiota and hypothalamic-pituitary-adrenal (HPA) axis function has been found by looking at the exaggerated corticosterone (CORT) and adrenocorticotrophin (ACTH) levels in germ-free mice in response to restraint stress vis conventionally-housed pathogen-free mice. In rats, giving Lactobacillus probiotics during the early stress period helped normalize CORT levels, as well as influence central nervous system function directly. The administration of pathogenic bacteria, on the other hand, shows that gut microbes can mediate the stress response by activating vagal pathways. Changes in the microbiome can also lead to hyperactivation of the immune system, contributing to the production of inflammatory cytokines typically observed in mood disorders.

When looking at diet, which is known to markedly shape gut microbiome composition, it is clear that dietary interventions can improve mood and that the Mediterranean diet may help alleviate the symptoms of mood imbalances.

The recent review sets out all the evidence we have so far of an altered gut microbiome in people with mood disorders, the role of stress and other factors that affect the microbiome and mood, and the effect of pharmaceuticals on both. The researchers offer ideas on fecal microbiome transplantation and dietary interventions to support the gut microbiome and improve the symptoms of mood disturbance.