Amazonian Tribe Study Shows an Evolution of the Microbiota 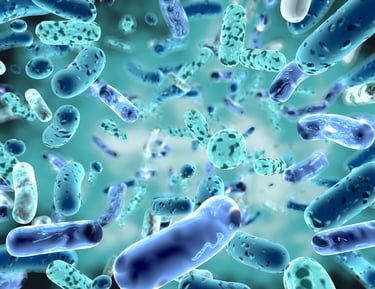 A study presented in the journal Science Advances revealed key information on how the human gut microbiome is changing over time, which also influences our immune response.

Researchers analyzed microbial samples of bacteria from the microbiota of 54 Yanomami villagers - an isolated tribe in southern Venezuela’s Amazonian jungles. The Yanomami people were secluded from the outside world until 2009, and live an ancient, semi-nomadic hunter-gatherer lifestyle in the remote Amazonian mountains.

Researchers found that the Yanomami villagers had a greater diversity of bacteria in their gut than that of modern samples. Comparative samples were taken from a United States group, another from Venezuelan Amazonian indigenous people, the Guahibo, and residents of rural Malawi in southern Africa. Interestingly the microbiota of the Yanomami people contained double the microbe varieties of the US subjects and 30-40% more diversity than the Malawians and Guahibo.

Our gut microbiota serves to digest food, fight pathogens and boost immunity. A larger diversity of the microbes in our microbiota can provide defense against kidney stones, asthma, allergies and obesity. Pathology and immunology professor Gautam Dantas of Washington University in St. Louis said, “Our study suggests that the pre-modern human microbiota was composed of a greater diversity of bacteria and a greater diversity of bacterial functions when compared to populations impacted by modern practices, such as processed foods and antibiotics”.