The Influence of the Microbiome on Metabolism: Featuring the MetabolicBiome™ Plus Program

A new study investigated the role of the Mediterranean diet on the gut flora of an elderly group over one year, and the results showed an improvement ... 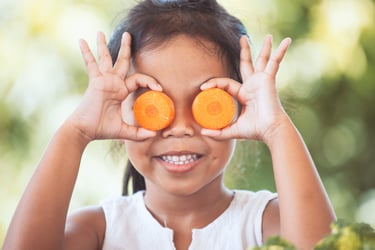 A study published in Nature revealed that improving the gut microbiota could be a potential target in addressing Autism Spectrum Disorder (ASD).  While it is known that the gut microbiota impacts health in many ways, it seems that modulating gut bacteria may also help to mitigate autism symptoms.

In this study, the researchers re-evaluated a small group of 18 ASD children who had severe digestive issues. Two years prior, these children underwent Microbiota Transfer Therapy (MTT), which consisted of antibiotics, cleansing the bowels, suppressing stomach acid and a fecal microbiota transplant. At the time of the MTT, the results showed significant increases in bacterial diversity along with marked improvements in both gastrointestinal (GI) and ASD symptoms for participants. This follow-up study subsequently found that two years after the MTT, bacterial diversity persisted and both GI and ASD symptoms remained “improved” compared to baseline according to the same GI and behavioral tests that were utilized previously.

Currently, one in 59 children in America have ASD. A great majority of individuals with neurobehavioral disorders, such as ASD, also experience chronic gastrointestinal symptoms. Established research supports the notion that ASD children have distinct gut microbiomes compared to neurotypical children.

This novel study highlights a non-human microbial cell perspective of neurobehavioral health, one that could help to treat conditions like ASD. The need for microbiota therapy is exigent as the study points out that currently “no medical treatment has been approved to treat core symptoms of ASD, such as social communication difficulties and repetitive behaviors”.

A new study investigated the role of the Mediterranean diet on the gut flora of an elderly group over one year, and the ...

END_OF_DOCUMENT_TOKEN_TO_BE_REPLACED

UT Southwestern scientists have discovered a key driver behind the communication that helps synchronize nutrient absorpt...

END_OF_DOCUMENT_TOKEN_TO_BE_REPLACED

A new study has been published in Science by UT Southwestern Medical Center. Dr. Lora Hooper, Chair of Immunology and he...