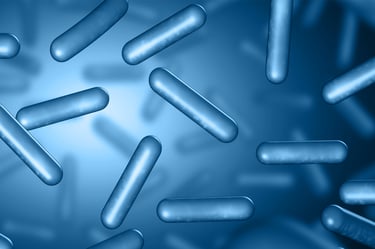 Recent research has shown that more than half of bacterial species in the core of the human gut microbiome are potentially sensitive to glyphosate.

Glyphosate, as in Roundup, is the most commonly used broad-spectrum herbicide, yet the health effects of cumulative exposure to the chemical aren’t known. What is known is that the acute toxic effects of glyphosate on mammals are low. However, it has been proven to be toxic to macro- and microorganisms, affecting microbial compositions and having potential indirect effects on plant, animal and human health. In 2015, the World Health Organization reclassified glyphosate as probably carcinogenic to humans. Its use since the introduction of glyphosate to the agricultural market during the 1970s has increased 100-fold. It is mainly used on transgenic crops such as soy, corn and canola grown as glyphosate-resistant varieties outside of Europe.

In 2018, a groundskeeper in the US won a case against the maker of glyphosate, Monsanto. He claimed that extended exposure to this chemical had caused him to get very sick, and was awarded $289 million in damages. Bayer later acquired Monsanto and then agreed to pay over $10 billion more to settle further lawsuits claiming that glyphosate can cause fatal disease.

Studies on bees have shown that while this herbicide is not toxic for them, it can damage their gut microbes, making them more susceptible to infections. Alterations in the human gut microbiome are potentially associated with several diseases, including autoimmune disease and depression.