More Evidence of the Importance of Microbiome Diversity 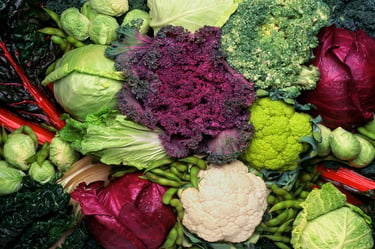 Recent research has confirmed a correlation between gut microbiome composition and the markers of health and disease across thousands of people.

Previous studies have shown that the collection of microorganisms living in the gastrointestinal tract may play a role in various diseases. Certain gut bacteria have been found in people with specific clinical blood markers that indicate high cholesterol levels, diabetes, high blood pressure, inflammatory bowel disease and more. However, despite the growth of microbiome research in recent years, large-scale human studies crucial for validating the connections found in a variety of context have been rare.

Now, this new study has met this need with the examination of around 3,400 individuals’ gut microbiota and approximately 150 markers, revealing both known and previously unknown links between microbiome composition, clinical markers and lifestyle factors.

Baseline data were collected from 3409 people with an average age of 49 participating in a commercial wellness program. All of them completed lifestyle, stress, digestion and diet questionnaires and 90% of the group were given a clinical laboratory blood test. Sixty-five different tests were performed.

The researchers explored which lifestyle and clinical factors were connected to gut microbiome diversity, and found that omega-3 fatty acids and other markers related to fish intake such as DHA and mercury, were correlated positively with diversity. Eating more fruit and vegetables (including cruciferous vegetables) was also positively linked to diversity, while consuming more sugary drinks was negatively correlated. Signs of poor bowel health, such as the weekly frequency of diarrhea and acid reflux, were negatively associated with microbiome diversity. Other factors that helped to support diversity included raw vegetable salad consumption, vitamin D, magnesium and EPA levels. as well as vigorous physical activity, walking and cycling various times per week.

Microbiome diversity was strongly associated with the Bacteroidetes-to-Firmicutes axis. The relationship between these two large groups has been linked to a number of pathological conditions. Obesity, for example, has been specifically associated with a greater abundance of Firmicutes and/or a drop in Bacteroidetes. The Actinobacteria genus Bifidobacterium was also considered a beneficial gut-dwelling bacterial group of significance for increased microbiome diversity.