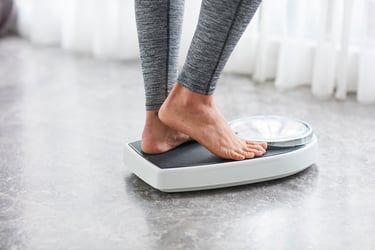 A new study has been published in Science by UT Southwestern Medical Center. Dr. Lora Hooper, Chair of Immunology and her team discovered that "good bacteria” programs the metabolic rhythms of the body. More specifically, they found that a protein named deacetylase 3 (HDAC3) was activated by microbes. HDAC3 is a protein made by cells that line the gut. This protein helps in the digestion of food by absorbing nutrients. The animal study found that HDAC3 switched on genes that aid the absorption of fat. HDAC3 also works to regulate the circadian rhythm, promoting the absorption of fat - specifically during waking hours.

Hooper then collaborated with Dr. Eric Olson, Chair of Molecular Biology and Director of the Hamon Center for Regenerative Science and Medicine, to study mice that lack HDAC3 in the gut lining. When fed normal mouse chow, there didn't seem to be much to observe. but when the mice were switched to a high fat, high sugar diet, like the Standard American Diet (SAD ) things changed. They found that mice that lacked the HDAC3 stayed lean, even on a SAD diet.

When they compared the HDAC3-deficient mice to the germ-free mice they found that they both showed the same nonrhythmic histone modifications. This confirmed HDAC3's importance in circadian rhythms. HDAC3 attaches to the cellular clock to ensure optimal absorption of fat while awake. Hooper stated "Our results suggest that the microbiome and the circadian clock have evolved to work together to regulate metabolism." continuing, "Our results also suggest that disrupting the interactions between the microbiota and the body's clock could make us more likely to become obese."