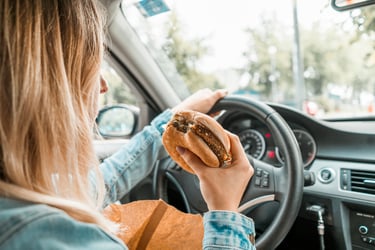 A recent study published in Cell Metabolism in April 2019 revealed that during times of stress, it may be more important than ever to watch what you eat. The researchers discovered a key pathway in the brain that stimulates increased caloric intake and energy storage during stressful times.

Using an animal model, the team found that mice exposed to chronic stress along with a high-fat diet gained significantly more weight than mice eating the same high-fat, diet in a stress-free atmosphere. The authors speculate that this stress-induced weight gain is due to a molecule in the brain called neuropeptide Y (NPY), which controls the “stress-eating” phenomenon.

Upon analyzing the neurons in the amygdala of the mice, the scientists discovered that the NYP neurons have receptors for insulin and that this NPY pathway is upregulated during times of stress. They found that stress along with a high-fat diet increases insulin in neurons, which over time causes them to become insulin resistant. Once the neurons become resistant to insulin, NYP levels further increase in the neurons leading to increased energy intake and storage. Conversely, when the researchers switched off production of NYP in the amygdala of the mice, they found that weight gain was significantly reduced.

It turns out that what you eat and how much you eat during stressful times is more important than ever. The study highlighted that chronic stress combined with a high-fat diet can cause neurons to become resistant to insulin, produce more NYP and ultimately stimulate increased weight gain. The authors concluded that “it is the diminished insulin signaling capacity on central amygdala NYP neurons under combined stress and high-fat diet conditions that leads to exaggerated development of obesity”.